The outstanding product presentations at this year's IWA are:

The world's first thermal imaging helmet/headlamp. With this product, Andres Industries not only developed a completely new product group, but also managed the feat of offering the lightest thermal imaging spectacles (approx. 100g) ever with the TILO-3™. Although the spectacles are so light and small that they can be worn comfortably with a rubber band on the head, they are still available for private users such as hunters for a very reasonable price.

Our aiShell™ cases are waterproof and impact-resistant. There's no other case for the Apple iPad series that has such extensive expandability.

So the simplest version is ideally suited for home users. But the aiShell™ is a systematic solution. For professional use, the housings can be adapted to practically any application situation with the appropriate accessories. If this is not enough, we also manufacture special versions from special materials or other special features.

Although all housings are waterproof and impact-resistant, the iPad can still be inserted and removed within seconds. Almost all functions such as buttons and cameras can also be used from the outside. It is the only housing system that can even be used and charged under water. Due to the ergonomically shaped rear side, the housing lies much safer in the hand than comparable products.

Back side
Various accessories such as hand straps and shoulder straps can be attached to the back of the device in various positions, sometimes simultaneously. Thus an individual adaptation to the user's needs is possible.

Of course, the camera can also be used through a window. The fold-out tip-up displays enable a more ergonomic writing position.

Only at aiShell™ 9.7 and aiShell™ Pro 10.5 the rubber feet on the back are axchangeable. This offers not only optimal grip but provides maximum flexibility.

Due to the eight threads on the rear side, the aiShell housing can be screwed directly everywhere. A better alternative is to use a RAM-202 module. This enables a direct compatibility to the successful RAM Mount system, with which one can fasten the aiShell to really everything safely and durably.

If only a short-term attachment is desired, e.g. for motorcycling or sailing, the use of the Quicksnapper is recommended and the Car Cradle is the right choice for professional users.

So that the aiShell cases can be used in a professional environment, there are a wide variety of options that allow convenient charging even in a closed case: For private users, it is usually sufficient to simply charge the iPad in the case with the typical Apple Lightning plug. Simply open the supplied waterproof plug and insert the lightning plug into the iPad for charging.

The housings of the aiShell™ series can be protected against unauthorized opening with special screws. By simply opening the clamps, it is no longer possible to remove the Apple iPad.

The entire iPad can then also be attached in a lockable manner if it is attached with the RAM mount system. We will be happy to advise you on this.

The aiShell™ housings are handcrafted in Berlin, Germany. Therefore it is possible for us to manufacture special colours and logo imprints already with small quantities (starting from 5 pieces).

The openings on the sides of aiShell™ Pro 10.5 and aiShell™ 9.7 can be used in various ways:

For example, the rubber anti-slip feet can be attached there. They allow the iPad to stand in a stable position, for example when it is leaned against a wall. The feet provide a secure grip on almost any surface, making the device more comfortable to use.

Instead of the anti-slip feet, the pen holders for the aiShell™ can also be inserted, which are intended for the Apple Pencil. The pencil can be easily fixed and removed - it is ideally suited for use with gloves.

If neither the pen holder nor the feet are used, blind plugs can be attached to the openings provided to close the case.

Our ballistic helmets are NIJ-Level IIIa certified and can withstand fire up to .44 Magnum calibre.

If possible, they are completely equipped with VAS-Shroud and side rails for attaching accessories. Furthermore, all helmets, including the MICH model, can be supplied with different modern retention systems and trauma-pads.

We offer ballistic plates of different design, protection class and weight. For larger quantities we can also produce custom-made products.

When developing the ballistic protection systems, Andres Industries AG set itself the goal of providing as many police forces as possible with appropriate protection against terrorist attacks. To this end, the system has to be extremely cost-effective on the one hand, but also offer reliable protection against fire on the other.

The aim is to take account of current developments so that patrol car crews can also be confronted with military weapons such as the AK-47 Kalashnikov or hunting rifles with appropriate military ammunition.

TILO 3× Magnification lens:
With the 3× magnification lens you increase the range of your thermal imaging device considerably. The special thing about this lens is that despite the 3× magnification there is no noticeable loss of dynamics. The image remains high in contrast even in unfavourable thermal conditions. Even though this lens can also be used for other thermal imaging devices, it achieves this high image quality only in combination with the TILO series, because only the TILO can cope with such a small lens system, which in turn is due to the high thermal resolution of the sensor. Finally, the magnification lens covers the entire lens surface of the TILO and there is no "light loss" (heat loss).

TILO Battery Extension:
Made of space aluminum and black hard anodized, the new battery extension for the TILO is resistant and scratch-resistant. If this is screwed to the TILO instead of the normal battery cap, either two normal batteries or an extended battery e.g. TILO Rechargable Battery can be used. The operating time of the TILO can thus be more than doubled hours.

TILO -VRC:
Depending on the SD card used, up to 3 hours can be recorded with the device, which is a bit the size of a cigarette packet.

The world's first thermal headlamp. Thermal imaging spectacles that offer all the possibilities of tactical helmet/headlamps.

In lamp mode only, the thermal imaging sensor is switched off. Energy consumption is therefore limited to the lamp functions.

The brightness of the three LEDs (white, red, IR) can be regulated in 10 steps and have a luminous flux of up to 160 ANSI lumens (booster mode white).

The lamp mode can also be used at the same time as the thermal mode. Only the booster mode is not possible in this combination.

This has been made possible by the use of the very latest technologies. The TIMOR-X™ also has the option of attaching magnification lenses, which can increase the range up to three times.

Optronics:
With a thermal image resolution of 640×512px and a display resolution of 1746×1000px and a viewing angle of 38°C, the high-performance optronics not only guarantees four times higher image sharpness than the best systems on the market, but also gives you the opportunity to orientate yourself particularly well. The electronic filters of the TIMRO-X™ contribute to this above all. With their help, depending on the requirements, the focus can be set on the search for people or alternatively on orientation in interiors.

Weight and stability:
Only by using modern milling processes process was it possible to develop a very small and extremely light housing, which is one of the most stable of all. So nothing stands in the way of using it as a weapon sight.

But it was not only important to us that the TIMRO-X™ sets standards for the generally known standards. The aim was for the system to fit seamlessly into the everyday life of the user.

The TIMRO-X™ is ready for use within a few seconds. The lens cap is simply folded up, the device switches on automatically and can immediately be used as a handheld device.

Civil version without weapon option:
While the TIMRO-X™ is intended for military use, a version for private customers will be available. According to the German weapons law, the latter is not equipped with a STANAG assembly.

TIMRO-X™ is due to its low weight and the small size one of the lightest and smallest combination of thermal spectacles and weapon sight.

PIN code:
The TIMRO-X™ is protected against loss and misuse with a specific 6-digit PIN code.

Red filter:
Especially at night it is important to keep an optimal dark adaptation on both eyes. Of course, the microdisplay of the TIMRO-X™ can be gradually reduced in 9 steps down to a very low brightness value, which counteracts glare. In addition, there is a red filter. 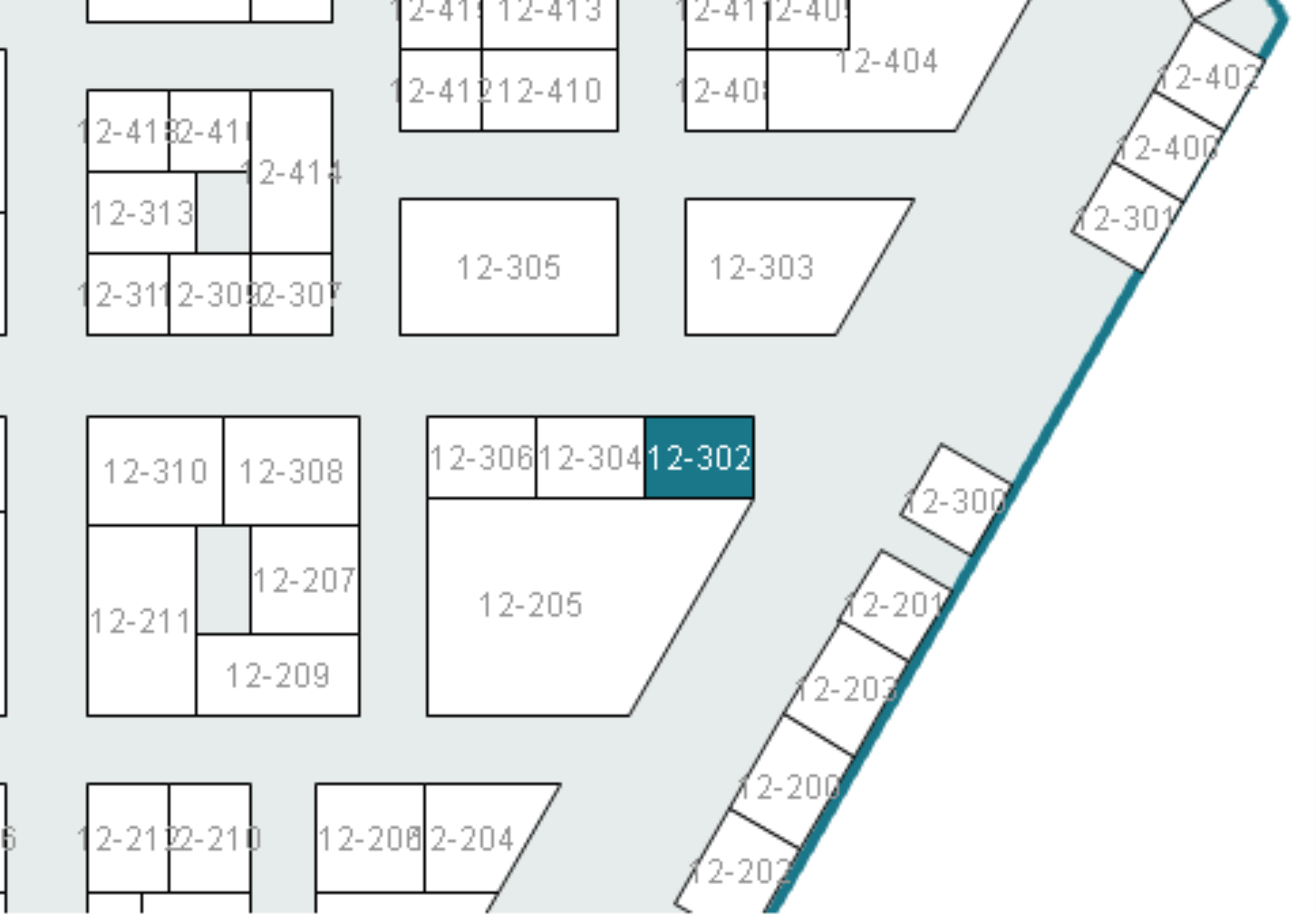 Andres Industries AG offers you products from these product groups: